This piece in bell metal is a totemic object that evolved from the first generation of B.M. Objects. Pakhalé wanted to create a larger, seamless piece using the lost-wax casting process. The size of the B.M. Horse made it impossible to cast it in one piece using the traditional process. Four self-financed attempts were made to cast the chair at a foundry in India between 2000 and 2005, but each one failed. To cast a thin-walled object this big in one piece is challenging, as there has to be enough space for the metal to flow, and the outcome is never known until the mould is broken apart. 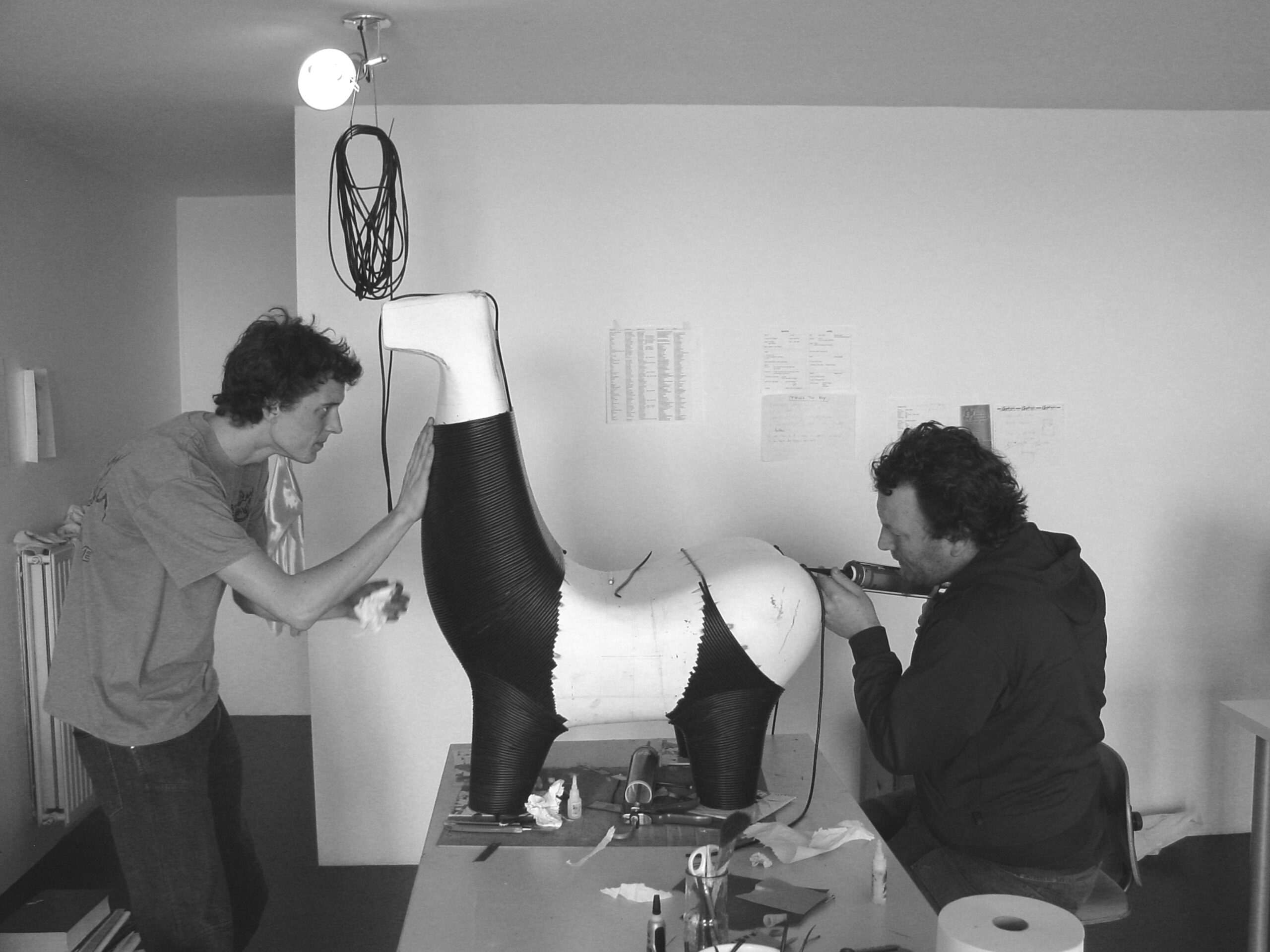 In 2005 Pakhalé moved the exercise to Europe and started to think of an alternative to natural wax. He devised a new method by replacing the wax with specially made, semi-flexible PVC cord and developing a silicone mould. He searched Europe for a foundry to take on the challenge, and after several months located one near Milan, Italy, which was willing to give it a try. Meanwhile Pakhalé carried out a metallurgical test simulating mathematical models to study the flow of metal. Eventually the B.M. Horse was successfully cast in seamless bronze and first presented by ammann // gallery at Design Miami/Basel, Switzerland in 2007. It is the result of seven years of persistent research and development. The unique and innovative process combines old and new materials and technologies and makes the piece a limited edition in the true sense of the word. With its synthesis of design, technology, craftsmanship, engineering, material research and persistence, it holds a unique position in contemporary design.