“Only when the constituent parts of a whole have the unique end of contributing to the consummation of a conscious experience, do design and shape lose superimposed character and become form. They cannot do this so long as they serve a specialized purpose; while they can serve the inclusive purpose of having an experience only when they do not stand out by themselves but are fused with all other properties of the work of art”. (1)

According to John Dewey every work of art should offer an experience that is “unified through inclusion instead of by exclusion”. We could say that it should produce comprehensive atmospheres through an interfusion of properties in order to serve the spectator in the completeness of his unified vitality. Cross-referring to Merleau Ponty (2), as quoted by Juhani Pallasmaa (3) in his analysis of architectonic atmospheres, “perception is not a sum of visual, tactile, and audible givens: I perceive in a total way with my whole being: I grasp a unique structure of the thing, a unique way of being, which speaks to all my senses at once”.

In dealing with the significance of comprehensive atmospheres, besides the many examples offered by human “culture of creation”, Indian earliest secular art gives an exemplary context to discuss it. To begin, the ordered disposition of parts, the coherence of shape and pattern with all other sculptural features and the interaction or blending of all elements, including colors, materials, finishing of surfaces and more, are all ingredients for the production of comprehensive atmospheres in Indian secular art. Here shape is not merely the skeleton for the attachment of external properties, but the fertile ground for the construction of mutual relationships and sense qualities. Thus, more precisely, the aesthetics of perceived objects and images lies in the fusion of all plastic, material and morphological properties, which act side by side and arouse an experience with immediate effect, not purely emotional, but physical, intellectual and sensorial. Each sense response ceases to be seen as central and exclusive in the act of experiencing the work of art.

More specifically, the peculiarity of rock cut and built architectural atmospheric spaces, visitable in monumental heritage sites such as Ajanta, Sanchi, and Bahruth, where atmospheres coming from sculptures, paintings, and architectural spaces are inclusive in the sense that they open to a general, in some way archetypical, interpretation of the experienced imagery by inciting the spectator to self-identification. In other words, the reality of life is represented in an extremely abstract way with the aim of preserving the spectator from the natural reaction one may have when experiencing the reality of the represented situation and empathizing with the emotion expressed by the subject. The experience and perception of the work of art urges the spectator rather more to go beyond the common attached use of feelings according to the situation. Therefore, as outstandingly presented by Carmel Berkson (4) in her The Life of Form in Indian Sculpture (2011), all facial expressions of people portrayed are brought back to a common state of quietness that completely deletes the subjectivity of feelings that the situation may require. People involved in a specific action do not show associate feeling, emotion or even physical engagement. However, this is not the representation of phlegm, but the opening towards a total, in some way more objective, view of human sensoriality. The individuality of reaction to external stimuli is moved to the background, giving more attention to the totality of human ways to interact with a situation and the spectrum of atmospheres it produces. The act of doing something, the expression of a natural feeling consequent to a situation like the tender gaze of a mother upon her child, or the effort required by an action such as a fight or a dance, become signs called to celebrate “human being-in-the-world”. 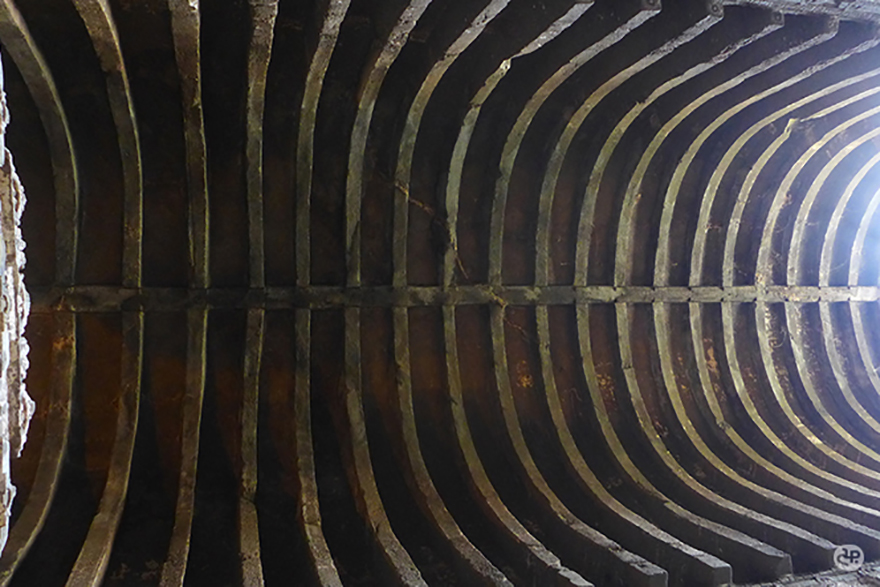 Similarly, each represented image does not necessarily refer to the figure the artist applied to shape it. A traveller, a dancer, a tree or an elephant do not necessarily represent what they are in the reality we all know, but they embody a set of meanings to be interpreted, associated and decoded by the spectator. In addition, sometimes the represented subjects are so generalized in type, so idealized that there are no human likeness in them. They are ideal images of ideal dancers, warriors, animals. Exactly here lies the meaning of aniconism in ancient Indian secular art, so well analysed by Seckel (5) in his Before and Beyond the Image (2004).

As a matter of fact the more the artist travels from the form to the formless the more the object or the produced image move from the individual to the universal. It was here that many centuries ago Indian art found the key of its aesthetics.

The atmosphere produced by an ancient Indian artist is strongly connected to life as an act of celebration of all human sensorial aptitudes. By shifting individual feelings and subject reaction to the background the spectator is called to self-analysis. He still remains aware of the possible reactions the situation may arouse, although he is not properly able to choose one of them. Indeed, the spectator is not asked to identify himself with the scene, but to acquire the consciousness of all his sensorial aptitudes. The atmosphere, in being comprehensive, becomes almost theatrical but still perceptively real.

The act of perceiving and experiencing is rooted in the act of reception in its broadest meaning.

Indeed, if it is true that perception is founded on reception, in ancient Indian secular art the latter becomes a sensorial act by asking the spectator to involve all senses in the construction of various interpretations of the perceived imagery. Ancient Indian artists recounted and represented how human sense aptitudes and strengths interact with the surrounding and uncanny nature.

The ancient Indian mindset, rooted in Buddhist philosophy, was captivated by the immense and infinite ground of being-in-the-world and its artistic production is today the visible proof of this fascination. The spaces one could experience at Ajanta rock cut architecture – and its monastic spaces crowded by sculptures and paintings that vividly depict the life of contemporary royal courts and everyday life and illustrate humanistic themes – are filled in with comprehensive atmospheres to be intended as a set of irreducible expressive qualities coming from the object itself and shaped by the presence of the perceiving subject with his body, mind and emotions.

Indeed, as exemplified by earliest Indian secular art, architectural spaces are not just rock cut voids surrounded by physical massive walls, but spaces, which own a shape in themselves, filled with our “experiential space” through which we interpret the surrounding visible and invisible world. All elements such as architectural composition, planning, sculptures, paintings, particularly cloths, ornaments and hairstyles are part of the whole imagery, which is the place of experience but also the place of interpretation, identification and self-expressiveness of human being-in-the-world. Just when this fusion is brought into being, an atmosphere becomes in a sense comprehensive.

Tiziana Proietti (1983, Rome, Italy) An architect with a Ph.D. In Architectural Design, Tiziana Proietti gained her doctorate at the Sapienza University of Rome in collaboration with the University of Technology TU Delft in 2013 and is currently Professor at the University of Oklahoma, USA. Her research activity explores human perception in architectural spaces with a special focus on the relationship between the senses and the cognitive value of proportion. After a decade of studies on proportion in architecture, Proietti is currently developing her research by connecting neuroscience and architecture in collaboration with the Salk Institute in San Diego and the SPaCE Lab at the University of Southern California. In 2013 she worked as a researcher at Satyendra Pakhalé Associates where she cultivated her interest in the historical and theoretical roots of sensorial design.